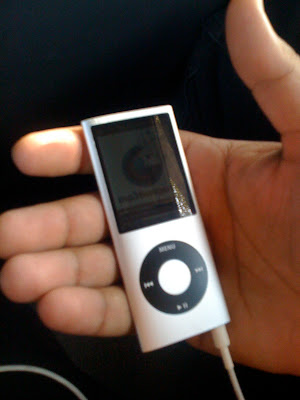 I played with Rajat’s iPod Nano 4g. He says he does not like the color but I love it. The device is an amazing piece of hardware. 8gb of memory crammed into such a small shell. It feels weightless in the hand and using it is a breeze. The interface is very intutive. Kind of like that of the iPhone. If you turn it sideways, the list disappears and the album art mode kicks in. The graphics run very smoothly as if clouds gliding through the sky. 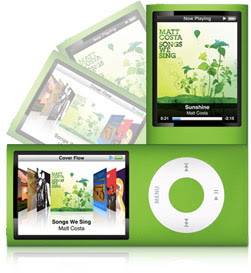 And the coolest new feature is the song shuffler. Just shake the iPod and another random song form the play list starts to play. Also from an engineer’s perspective it has no mooving parts, hence really long life. As Rajesh Bhaiya says, inner Peace outer dynamizm(iPod). :) Although he means it in a very different context.