So many days have gone by and I have been waiting to write something. A lot has happened since I last posted. 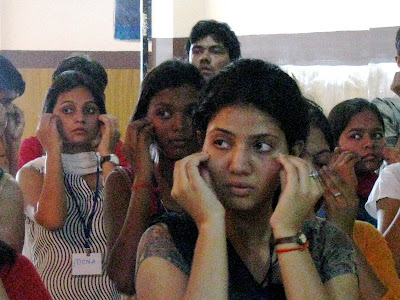 A YES!+ course in campus. The course was a big hit and every one had so much fun. I remember something Bhaiya asked in one of the post course sessions which made me think a lot. We were eating Pani puri in Rave Moti when Ankur pointed out how magnificently the Pani Puri had been presented. Then he asked “Have you ever presented some thing so well?”. I don’t remember the PJ that followed but you should have seen the course venue the next day. As the course participants were entering they were asking “Is there some special session today?” the venue was that clean. 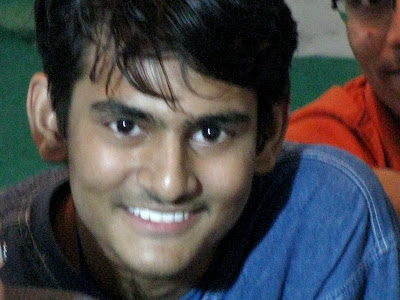 More pics of the course at http://picasaweb.google.com/shubham.goel/YESIITKanpurNov08 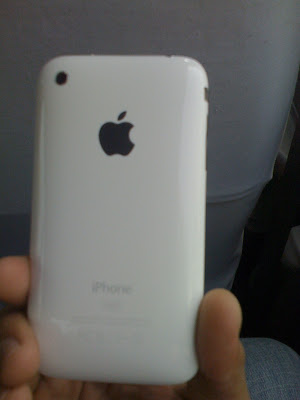 My brother visited the campus and I got a chance to check out the iPhone 3g. It was in mint condition. I absolutely fell in love with the device. Though the differences are minor between the 2g and the new 3g but its so white and shiny!!! Plus it has GPS and a data plan which works on roaming. I have been struggling really hard to get the data plan activated on my iPhone. Also the rumors are true. Because of the new shape it really feels better to hold and work on. I must appreciate his patience because I really know how to fiddle with a device and test its limits. 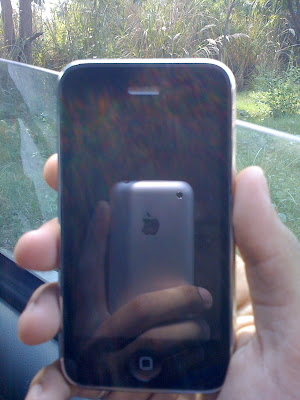 I took him out to Tarka along with Rajesh Bhaiya and some close friends. It was fun to see him after a long time. We tried awesome new Italian dishes, names of which I still can’t pronounce:) 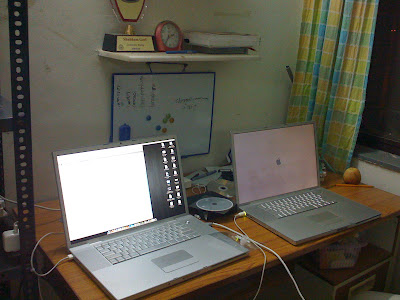 Pavan’s G4 on the right

Last week end I got to lay my hands on Pavan’s Powerbook G4. Its always feels nice to finger around with vintage Apple stuff. Pavan would kill me if he reads this cause he sincerely believes that his G4 is faster than my intel duo and loves his machine. Ignorance is a bliss after all. Did I mention I accidentally erased his hard disk at 4 am in the morning, but then I remebered “There are no accidents in life”- Master Oogway 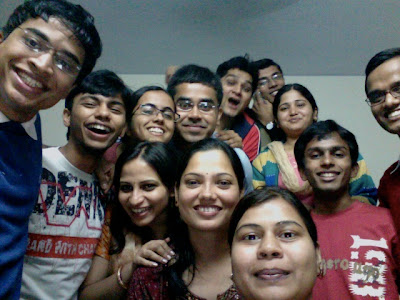 And finally today to celebrate children’s day we went to the near by juvenile centre and I made a new friend Chandan. Later I cajoled the three babes (Avani, Divya and Zeba) to cook dinner for us and after 3 hrs of cooking and grocery shopping we had a great meal and lots of people to help finish :) 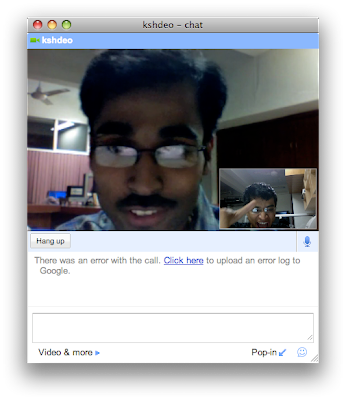 And the cherry on the icing is that google has has released video and voice chat and the best part, it all works on mac this time.