I am in Bangalore. Came here to have a discussion with some very experienced researchers on the project I am working on. My project is basically a joint collaboration between GM and IIT Kanpur and is related to improving the car steering system. Here the GM facilities are excellent. Very quite and peaceful offices to work in and well equipped labs to break things in. 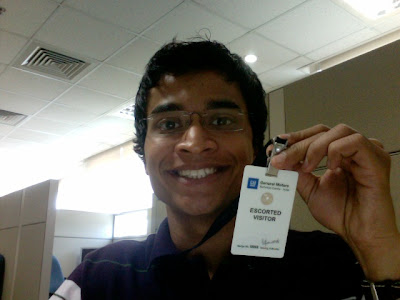 Apart from work I got a chance to go to the MG Road. While packing for Bangalore I realized that I had only one pair of jeans which was in one piece. Rest have ripped some where or the other, mostly my skating habits are to be blamed. So I got a couple of jeans.

Before coming here some thing very interesting happened. A couple of weeks back my guide and I figured that I need to give some direction to the project I am working on. For that he suggested I go to GM Bangalore, present my work and get some feed back and thoughts. I promptly fixed a meeting and booked my tickets. 5 days before departure I realized something. Say my work is shooting arrows. I was supposed to shoot an arrow in the North direction, but because it was a little foggy at that moment in the north I decided to shoot an arrow 2 degrees from the north figuring I could reorient it later, back to north. Five days before the presentation I found out that there was no possible way to reorient the arrow and all the work I had so far, now only contributed to increasing my knowledge. So basically 4 months of slogging and nothing to present, that too a week before!!!!. Life is full of pleasant surprises :).I figured what had happened had happened and there was no way of knowing how this knowledge would contribute in the future. Smiling at my fate I started again from scratch. I toiled for 3 days and nights and finally was closing on something that might have accounted as presentable results, when again something very interesting happened. 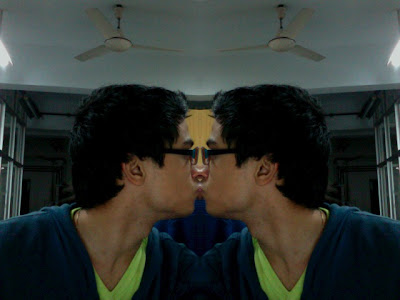 At 6 am 2 days before the presentation I realized I wasn’t supposed to shoot an arrow in the north in the first place. I was happy that now finally I knew what was to be done and was pondering on how stale life would be without these servings of salt and pepper along the way. I decided to do first things first….. sleep…. So I went for group kriya to Ankur’s room at 6:30am with every intention of going to sleep after that. Who knew the master had something else in mind. After the group kriya Deep and Neha figured it would be better for me to go for Dev D morning show :) I also thought it was a great idea and willing went provided they took me in a taxi and the ticket was paid for. So 10 am we were at Big Cinemas ready for some emotional attyachaar in the most expensive seats :P. 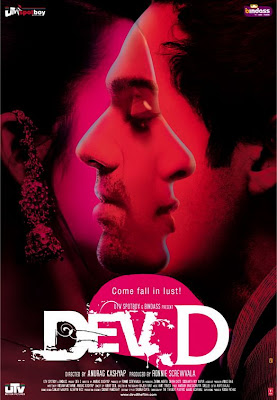 After the movie I took some rest and worked till my morning train the next day. Before leaving I had the equations ready. I did the presentation on my way and by the time I reached I was almost done……. Now when I look back I cannot stop laughing and wondering how things happen. The universe works perfectly…. all you need to do is have some faith. I have no idea how a lazy bum like me stayed up for 5 day… almost straight….. :)… well actually I have some idea. In the last couple of year events with same central theme have happened over and over again and I have realized one profound truth about my life: It’s going to be a lot of fun (unimaginable)…….. but its not going to be easy at all….. a no comfort zone is guaranteed… :) well I have developed a liking for it. I’ll do the next part of the post soon with details on how the trip turned out to be…… and how I managed to meet the Guru (Guru bhai and His holiness Sri Sri)…..

Signing of and hoping a good night’s sleep in weeks