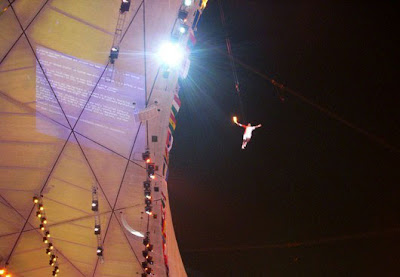 Well this is just perfect. At the exact moment Li Ning was rounding the lip of the Bird’s Nest during the amazing torch-lighting climax, someone snapped this photo of our good friend the BSOD nestled amongst the Nest’s steel twigs. Perhaps an Opening Cermonies IT dude spit out his coffee on the machines in the server room when Li took to the sky? Another question is what a projection screen is doing inside the Nest at that location, but I think the better question is what wasn’t going on inside the Nest’s roof—did you see that thing during the ceremonies? Lights! Fireworks! LED screens! Everything! Anyway, if only one image of this perfectness existed we’d be skeptical, but thankfully, someone has grabbed more from a different angle that pretty much seal the deal.
Via Gizmodo.com 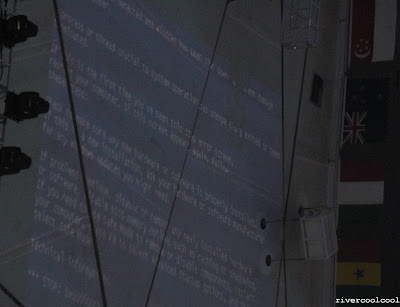 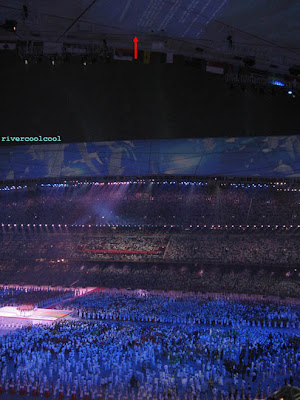